Elmia Polymer has once again confirmed its position as Scandinavia’s largest trade fair focusing exclusively on the plastics and rubber industry.The fair brings together the entire sector and is an important arena for both making contacts and developing collaborations, with many deals being agreed directly on the exhibition floor.

“We are very satisfied with the fair, and it is noticeable that there is a positive feeling in the sector.The visitors are all high-quality, and everyone is here.We are going home with a great many good customer contacts,” says Anders Granstrand, Chairman of PMG, the Swedish association of plastics machine companies.

Elmia Polymer was launched in 2009 at the initiative of the industry, and has been built up with the support of PMG. The fair is a collaboration with Schall-Messen, Germany’s largest private trade fair organiser. The company is behind Europe’s leading plastics fair, Fakuma in Friedrichshafen.

Elmia Polymer is the only fair in Scandinavia to offer all machine and automation suppliers the opportunity to demonstrate their systems in operation – on the exhibition floor.The exhibitors present a high-quality range of products in the fields of injection moulding, extrusion and compounding, and due to its format, the trade fair is a marketplace for future deals and new collaborations.

Centramec has exhibited at Elmia Polymer on a number of occasions.Its customers include ABB, Tetra Pak and Ericsson.

“The fair is incredibly important for us.Our participation shows that we are investing in the future.All the knowledge and expertise in the sector can be found here,” says Dan Carlsson, Managing Director of Centramec AB.

Elmia Polymer has focused on the future of the industry, under the headings of automation, construction, production and generation.At Elmia Polymer’s inspiration forum, PlasTactic, future materials and trends were also presented and discussed. For example, developments within bioplastics, i.e. plastics made from biologically produced raw materials, are making significant advances and offering many new opportunities.

The Swedish Industry Association also took the opportunity to present its most recent quarterly survey, the Subcontractor Barometer.It shows that more and more respondents are confident about an economic upturn, despite the fact that the first quarter of the year has failed to live up to expectations.

“More and more are investing in automation and fewer are employing people.We are witnessing a combination of demands for increased international competitiveness, a shortage of trained labour and higher payroll overheads for young people.We need clear decisions from the Government, clarifying how investments in industry will take place,” states Anders Ekdahl, CEO of the Swedish Industry Association.

Even though market development has been weaker than expected at the start of the year, more than half of the companies asked – 58 per cent – believe that Sweden is either emerging from the economic downturn or moving into an economic upturn.

For several of the companies, increased automation is the key to increased exports.A massive 68 per cent of those asked have stated that this is developing their company in a positive direction.Half of the companies asked as part of the Swedish Industry Association’s Subcontractor Barometer are also intending to invest in automation in 2015-2016, confirming the positive noises being made on the exhibition floor during Elmia Polymer.

Helen Feng, Global Industry Segment Manager at ABB Canada, who visits many trade fairs around the world to analyse customer requirements, look at future polymer segments and new opportunities within automation technology, confirmed this view of automation as the key to success.

From a global perspective, Asia and Europe are the world-leaders in the field of automation, according to Helen Feng.However, she also considers that Swedish industry is at the forefront.

“There is a great deal of knowledge and expertise here, and this is clearly evident, not least at the fair.Unlike other trade fairs I have been to, all the visitors who come to Elmia Polymer know what they are looking for.This gives rise to many interesting discussions and dialogues.Here, quality comes before quantity,” said Helen Feng.

“We are extremely pleased that both exhibitors and visitors are satisfied.In particular, it is wonderful to hear that the exhibitors are making many new customer contacts and that many deals have been initiated at the fair.We are also pleased at the success of Focus: Generation, which is intended to highlight and facilitate the future generational shift that the sector is facing,” says Tanja Lundberg, Business Manager at Elmia Polymer.

This was the third Elmia Polymer fair. 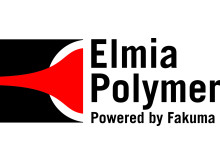 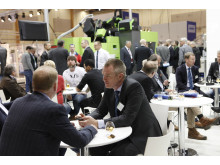 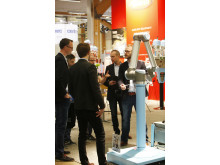 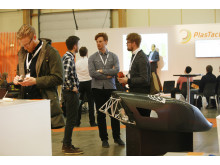 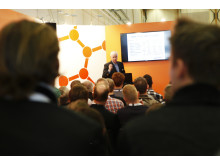 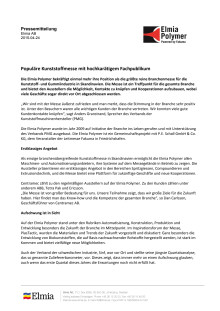